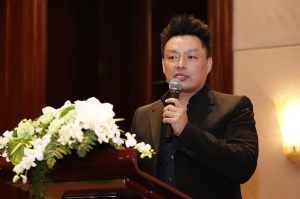 The MMA China 2013 Membership Meeting was successfully held at JW Marriot Hotel Shanghai on the afternoon of 18th Nov. During the meeting, the work of all the MMA China committees in the past year was reviewed and the new Board of MMA China was elected by 71 MMA China members present at the meeting. Tony Chen, President of GroupM Interaction China and KF Lee, Chief Executive Officer of Aegis Media Greater China were elected as the co-chairs. Tony, who was elected for his second term, said he would continue to contribute to MMA China and the growth of the mobile marketing industry with all the MMA China members. Meanwhile, the newly elected co-chair KF Lee said she would fulfill the mission of MMA China by integrating advertising, media and all the resources of the mobile industry to help drive it’s development.

Over the past year, with efforts of all the Committees, MMA China has released 4 Guidelines and White Papers, established an Education Committee Advisory Board, organized education workshops, created mobile advertising standards together with leading advertising network platforms, third party research institutions and brand advertisers and been well recognized by the members and the experts of mobile industry. The chairs and the vice chairs of the 4 committees were also elected today. (The election results are listed below.)

Since April 2011, when MMA China was established, 91 members have been recruited.

Under the leadership of the new board, we look forward to working with all the members to help build the mobile marketing industry in China.